From his boutique on The Strand, William Sparks Thomson, a curator of corsets catered to high society including none other than Queen Victoria. Thomson would perfume her bodices in Orange Blossom, her favourite scent and a lasting token of the porcelain broach given to her by Albert at their engagement

By 1872, Thomson introduced a range of lavender salts to help women who were prone to fainting due to the sheer tightness of their corsets. This became known as a ‘luxurious necessity’ and would mark the beginning of The Crown Perfumery Company

In 1872 Queen Victoria granted the use of her crown to each bottle of perfume Thomson would design, as a sign of her love and remembrance of her husband Prince Albert who had passed away in 1861.

The perfumes were presented in ornate metal cages, all featuring a unique intricate design and the highest level of luxury craftsmanship.

The Crown Perfumery became the most fashionable perfumery amongst the worldly elite so it was no surprise that in 1912, Crown Perfumery products were noted in the ships log of the First Class cabins of The Titanic; that Amelia Earhart took the Lavender salts on her solo flight around the world in 1932 and that the likes of Greta Garbo and Charlie Chaplin were all courting Crown Perfumery fragrances.

As the years went by, the house became somewhat forgotten until a visionary designer -a man who believed that perfume deserved better, brought the house back to life, revived it and reimagined it for modern day perfumery.

Haute perfumery was re-born under Clive Christian who was awarded a Coat of Arms in 1999 which would become a key design feature for the perfume house. 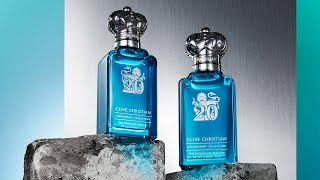 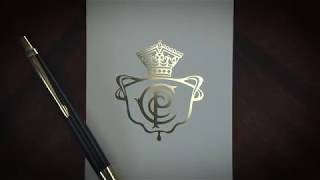